The other day Liz challenged me to write three haikus with the phrase “just to clarify” in them. In your face, Liz.

most Russian people
are not vampires from Neptune
just to clarify

cirrus fibratus
I think I see birds up there
whoa, “birds” sounds like “beards”…

Three haikus about apples.  This was the hardest challenge yet, as you can probably tell from the third one, at which point I had pretty much given up.

in the Depression
many people sold apples
yeah pencils too, MOM

Coriolanus
yes it has “anus” in it
get over it dude

I have to admit that when this challenge was issued, I hadn’t really been following any of

the Charlie Sheen stuff.  So I just made up some facts about him and then wrote haikus about those facts:

amazing actor
no one could forget him in
Apocalypse Now

when god took his rib
to make the sky and the stars?
man that was awesome

…but the judges were not amused.  So I spent five minutes on the internet and came up with the following:

he has tiger blood
and poetry in his fingertips
fuck Emilio

Two and a Half Men
dont know who they fuckin with
he bangs goddesses!

I have concluded from my research that he is a little crazy.  Thank you.

on this day Liz REALLY wanted to fuck with me for some reason, telling me my haikus had to be about cities with the letter “x” in them. I was about to shoot myself before I remembered Mexico.

Mexico City
or as some like to call it
diarrheaville 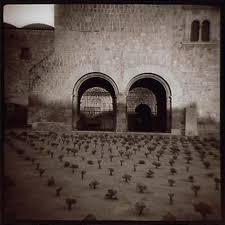 sunny Oaxaca
your chief export is sugar
or something, who cares

once again Liz decided to fuck with me by issuing me a challenge!.  this time

my girlfriend is doing a “ladies weekend” in New Orleans with two of her friends, and one of them asked me to do a haiku about it.  here you go!

Liz wanted to fuck with me, so the assigned theme for this day was alternate universes.

see what I did there?  high five!